Among Us error codes: What they mean 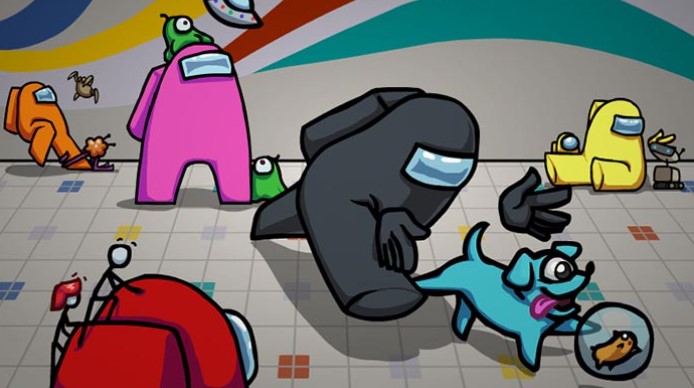 In my first game of Among Us, I got murdered while trying to take out the trash. That’s something you’re going to have to get used to if you play Among Us—and so are frequent, mystifying error codes when you try to play a game, whether it’s with strangers or your friends. The Among Us servers have struggled under the load of its recent popularity, and it can be hard to know if there’s something wrong with your connection, or if it’s the game itself.

The good news is that the most common errors have an extremely easy solution: Keep trying to join, and eventually you’ll get in. There’s no port forwarding or other network wizardry required to get online multiplayer working properly in Among Us—just perseverance and luck.

Here are the errors you might run into in Among Us, what they likely mean, and what you can do about them. And if you just want to learn how to stop getting killed while you’re taking out the garbage, check out our Among Us tips guide.

Among Us error codes

The game you tried to join is full. Check with the host to see if you can join next round – The game could be full, or this could be server shenanigans. The game might not be full, but it might take you half a dozen tries before you can successfully join. If you’re playing with friends and know the lobby still has room, just keep trying.

The game you tried to join already started. Check with the host to see if you can join next round – Again, the game could already be in-progress, or Among Us could be lying to you. If you’re playing with friends and know the game hasn’t started yet, just keep trying to join until you get in.

You disconnected from the server. Reliable packet 1 (size=#) was not ack’d after #ms – The Among Us servers are down or under heavy load. Keep trying to connect, change server regions (click the globe icon in the bottom-right corner) or wait a bit before trying again.

You disconnected from the server. Could not send data as a SocketException occurred: Network is unreachable – According to Redditors, the mobile version of Among Us returns this error when trying to play on a Sprint data connection. Connecting to Wi-Fi will hopefully solve the problem.

The Among Us matchmaker is full. Please try again in a few minutes! – Too many people are trying to play. You can try changing server regions (click the globe icon in the bottom-right corner) or just wait out the rush.

You disconnected from the server. Sent # pings that remote has not responded to – This means the server is having trouble reaching your client. Ensure that your internet connection isn’t dropping packets, especially if you’re on wi-fi. Running a speedtest can help determine this. If your connection is fast and stable, chalk it up to another server issue.

Forcibly disconnected because: ReliablePacketWithoutResponse – Less common than the “reliable packet” error above, but the same advice applies. This is likely a result of the game servers being overloaded, so trying repeatedly to join is likely your best option. Alternately, run a speedtest to ensure your connection is stable.