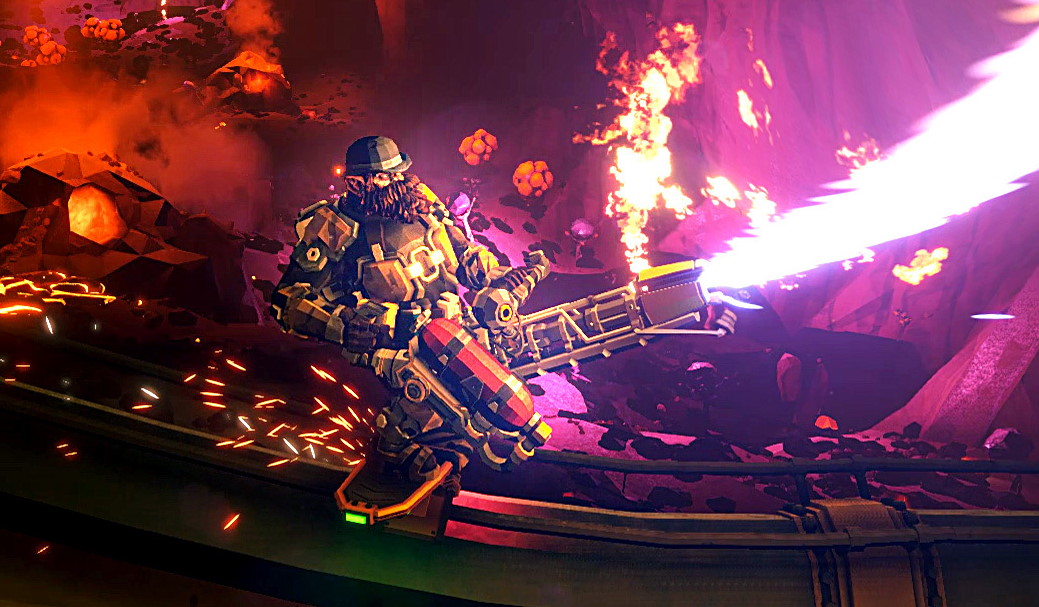 The co-op FPS space dwarf mining sim Deep Rock Galactic will get its first major update since release on October 8, which will add a pair of new mission types with new tools, systems, and tasks, and the Deep Rock Galactic Fall Collection of cosmetics, featuring a swanky lineup of new beards, hairdos, and headwear.

The new On-Site Refining mission type will require players to fill on-site refineries with liquid Morkite, which will require that they be hooked up to Industrial Pumpjacks via “huge, winding pipelines.” Escort Duty, the other new mission type, is a high-risk, high-reward quest for the Ommoran Heartstone. The only way to get it is with the Drilldozer, an autonomous machine capable of piercing the outer shell of the Ommoran—your job is to keep the machine safe and gassed up while it grinds away.

Developer Ghost Ship Games posted a handful of short gameplay videos teasing the new mission types, including this one, which I assume is meant to show off just how huge and winding those On-Site Refining pipelines can get:

Update 32: Roughnecks at Work, as it’s technically called, will also include “an array of weapon balances, new milestones and achievements, and new dwarf-shouts to keep the party motivated.” And there will be a new Roughnecks at Works Assignment that will explain how to complete these new mission types, hopefully without dying horribly.

Players who don’t want to wait for the update to go fully live on October 8 will be able to jump into it on September 29 by way of the Deep Rock Galactic experimental branch, a kind of “Early Early Access” for upcoming additions to the game. Do note, however, that the experimental branch may have incomplete features, weird bugs, and be prone to crashing, among other things.

If you don’t think that sounds like a good time, you can get a safer look at what’s coming tomorrow, September 25, during a Twitch livestream of the On-Site Refining mission that will begin at 6 am PT/9 am ET. A second livestream, showcasing the Escort Duty mission, will run at the same time on September 29, and for the benefit of those who don’t feel like getting up quite that early, both sessions will also be posted to the Ghost Ship YouTube channel.