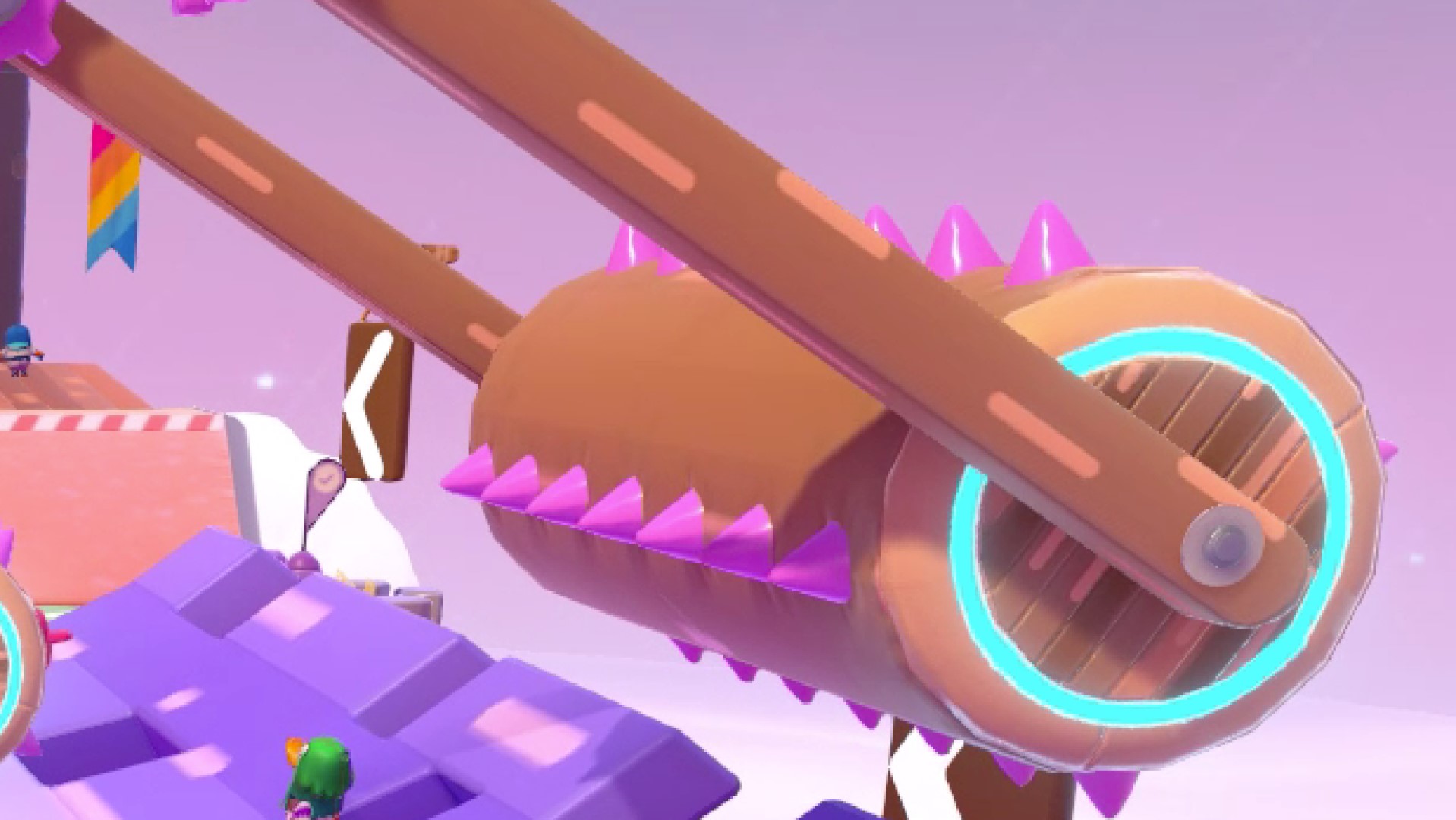 Fall Guys has already introduced a new ‘character’ into the game, and it’s known as Big Yeetus. It’s a hammer that yeets beans who get close to it at the wrong time, obviously. Fall Guys Season 2 is going to introduce a new friend for Big Yeetus, and Mediatonic wants your help to name the wretched thing.

It’s hard to follow up a name as strong as Big Yeetus, and so the developers are looking for input from the community. “We used up the best possible name when we came up with Big Yeetus”, the Fall Guys official Twitter account explains. “Now we need your help to name Big Yeetus’ new friend from Season 2. WHAT ARE THEY CALLED?”

Based on the screenshots Fall Guys has shared, this ‘new friend’ is a huge spiked log that swings back and forth across a curved running surface, smashing bean people off the level or mushing them into one of the many holes cut into the surface. This does not sound like very friendly behaviour to us, but be that as it may, the thing still needs a name.

WHAT ARE THEY CALLED? pic.twitter.com/TQDqVkGN2a

Mediatonic has highlighted a few plum suggestions already: there’s Thicc Bonkus, Stump Chunkman, and Mince Meatus, just to name a few. We’d like to throw Rollus Pollus onto the pile, or perhaps something like The Logarithm – you get a nice morning zoo radio duo pairing out of that, with “Big Yeetus and the Logarithm.” You can hear the wacky sound effects already.

Fall Guys Season 2 will introduce a new medieval theme to the wacky inflatable obstacle courses, so expect to see a lot more wizard beards and castle crenellations in the multiplayer game before too long.
You can also expect to meet Big Yeetus’ toothy new pal.