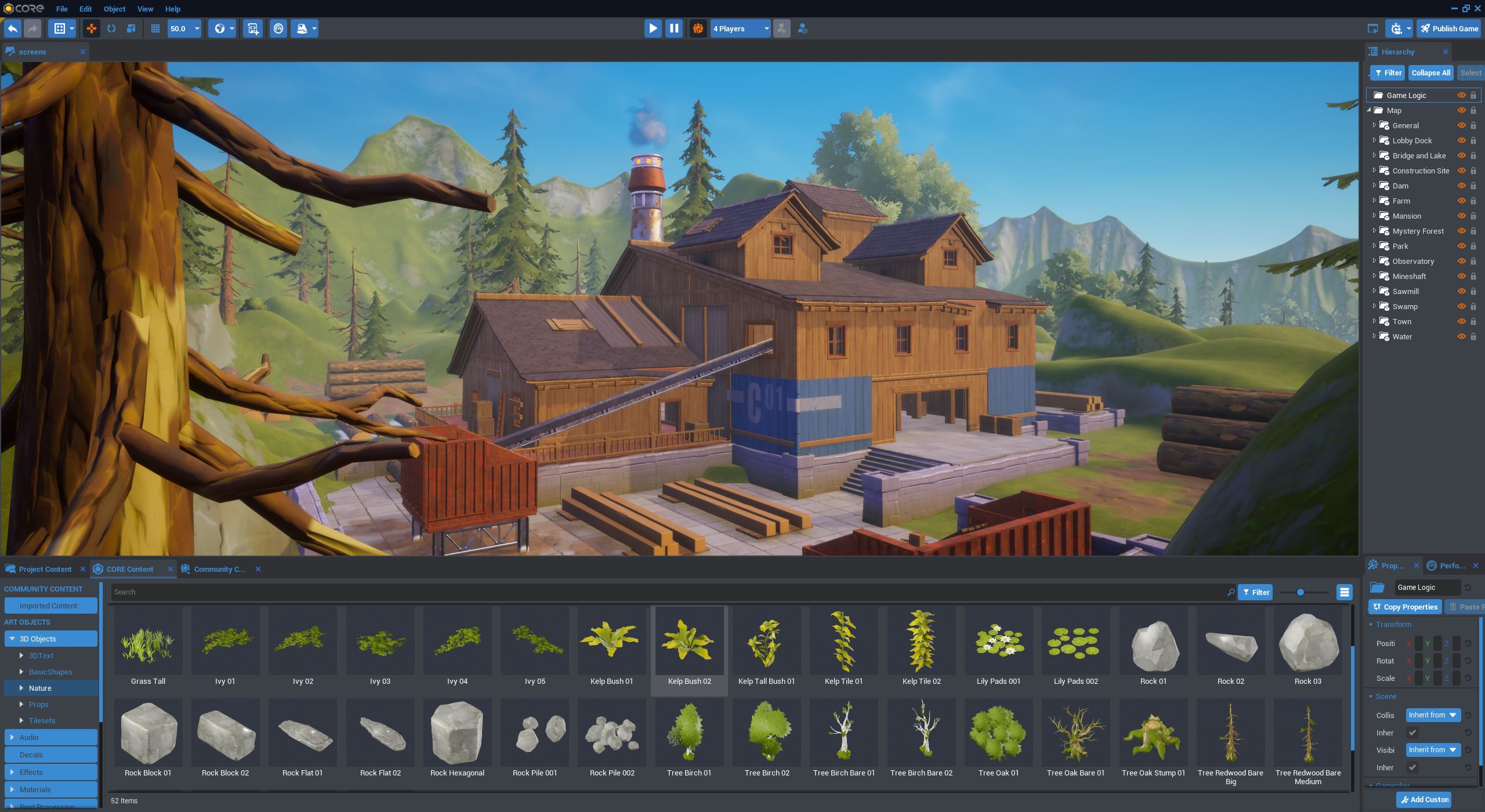 Epic Games CEO Tim Sweeney is putting his money where his mouth is. Four years ago, he told me that the future of games is user-driven, and today, Epic is leading a $15 million investment round for Manticore Games.

Manticore is the maker of Core, a game creation and sharing tool intended to let anyone build online multiplayer games and share them with friends or the world. Think of PlayStation’s Dreams, though not quite as slick or surprising, and with plans for a creator economy that will see the most popular game designers make money off their creations. Manticore is putting $1 million toward creator payments for starters.

I tried Core earlier this year and thought it could be cool to play with among friends, though I wasn’t blown away by its capabilities. Epic sees potential, though.

“At Epic we believe the industry is ultimately headed to games becoming more like open platforms where creators can build their own worlds,” Epic president Adam Sussman is quoted as saying in the press release. “Built in Unreal Engine, Core exemplifies this future and goes one step further by providing the environment for anybody to create great multiplayer games, and a metaverse playground where players discover endless entertainment.”

This statement closely mirrors what Sweeney said to me in 2016 when I interviewed him about the future of 3D graphics and gaming.

“If we think about what gaming might be in 10 years, we’re not just going to be playing a bunch of prebuilt single-player games that companies had thousands of people construct on a billion dollar budget,” he said at the time. “It’s going to be user driven. Users are going to build stuff, they’re going to build seamless environments for social interaction, for gameplay. It’s all going to be about empowering the users to make this stuff happen on their own. You’re going to see the indie community of millions of indies contributing to that as opposed to shipping 400,000 games in the App Store which mostly fail.”

See, he was giving Apple a hard time back then, too. You can’t say that Epic isn’t consistent.

Core recently ran a contest which saw users create more than 150 games based on Dungeons & Dragons. It’s free if you want to check them out. You just have to download the client and make an account on the Core website.