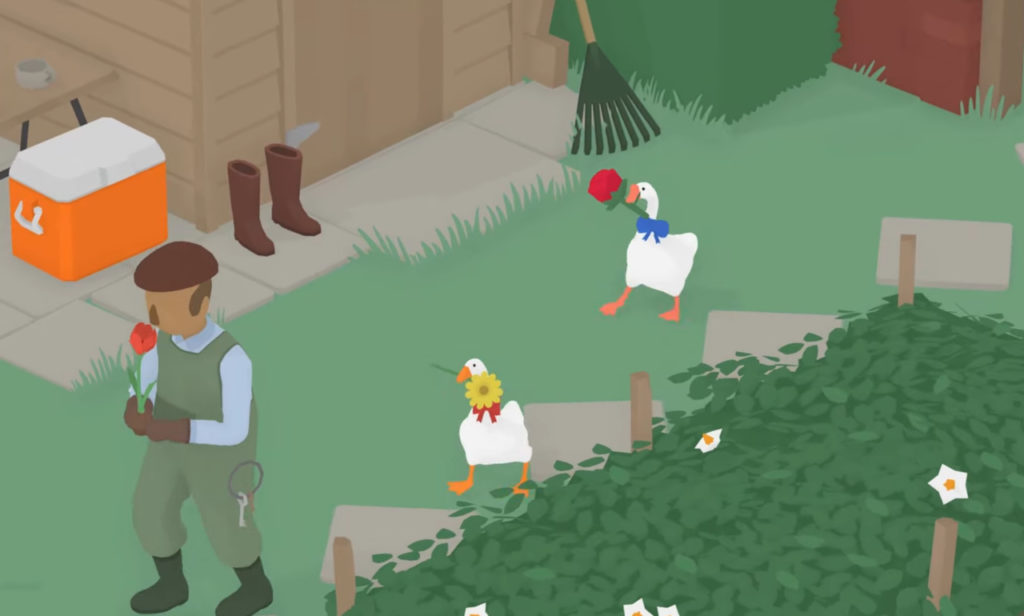 An utterly charming puzzle stealth game that became one of the biggest indie hits of 2019, Untitled Goose Game celebrates its first birthday on Sunday, and the fun this quirky little game offers isn’t over yet. A free update will be adding local multiplayer to all platforms, allowing you to revisit all the original levels with a friend by your side to share in the mayhem.

While we’ve known about two-player mode for a month now, developer House House yesterday Tweeted out some new information: the new goose has a different honk.

Little reminder: one week until two-player is out, along with the Steam and Itch release.https://t.co/mLLf8rWG4bAlso: the new goose has a new honk. pic.twitter.com/bxCqGz3Wq9September 17, 2020

Yes, even though many co-op modes are satisfied with duplicating the single player protagonist’s character model and calling it a day, Goose #2 actually has quite a few subtle attributes that differentiate them from Goose #1. In addition to what is, to my ears, a somewhat shriller honk, the new goose sports feet and a beak of a slightly more pinkish-orange hue when contrasted with the original goose’s bright colouration; as well as a basal knob (a.k.a. that bump some birds have on their beaks) to further visually distinguish it from its established companion.

The game’s multiplayer trailer further suggests that the new goose will be able to pick up a blue bow to match the red one obtained by the original goose during the course of the story. This will not only make it easier to play with a friend without mixing up which character you’re controlling; more importantly it’s also really, really adorable.

Untitled Goose Game’s free multiplayer update will be released on all platforms on September 23. On the same day, the game will also be made available for purchase on Steam and itch.io, ending its Epic Game Store exclusivity on PC.