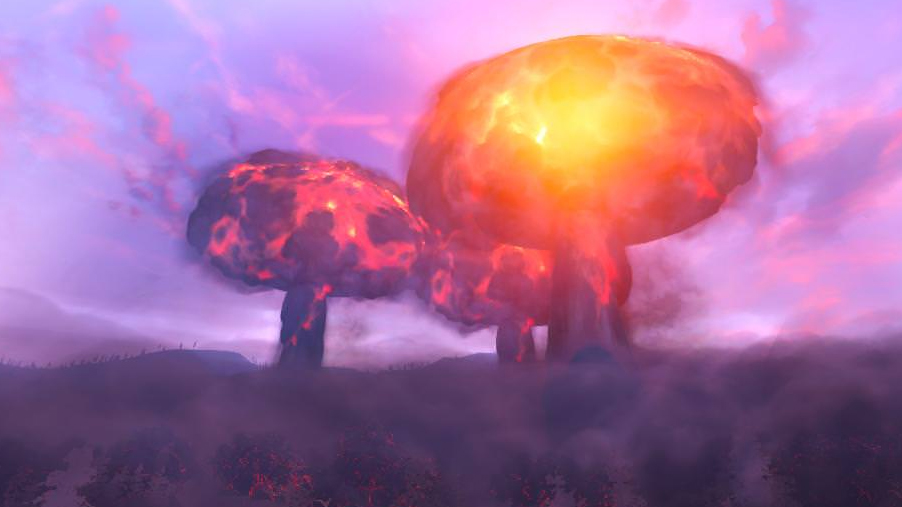 Microsoft has snared itself a mammoth acquisition and is now the new owner of ZeniMax Media, the parent company of Bethesda Softworks. This means The Elder Scrolls, Fallout, Doom, Quake, Dishonored and countless more huge series now fall under the Xbox umbrella. Crikey.

The deal was announced today by Xbox boss Phil Spencer.

“Bethesda’s games have always had a special place on Xbox and in the hearts of millions of gamers around the world,” he said. “Our teams have a close and storied history working together, from the amazing first DOOM, and its id Tech engine, innovating games on PCs to Bethesda bringing their first console game to the original Xbox, the groundbreaking The Elder Scrolls III: Morrowind. Over the years I’ve had many deep conversations with the creative leaders at Bethesda on the future of gaming and we’ve long shared similar visions for the opportunities for creators and their games to reach more players in more ways.”

Here’s the list of studios that come with the acquisition:

With this one—admittedly massive—purchase, Microsoft has just got its hands on some of the best studios and tech around. The ramifications will undoubtedly be huge. Xbox Game Studios now has Bethesda and Obsidian. Have the stars finally aligned for New Vegas 2, or a remake? It’s not clear yet what’s going to sprout out of the acquisition, at least in regards to new games, but Spencer does mention the “many unannounced” games that Bethesda has cooking away.

While we wait for the fruits of the partnership, more Bethesda games are going to be making their way over to Xbox Game Pass, both for console and PC. Some, like Fallout 76, were already available, but we can assume that in future Bethesda games will start to appear on the service at launch.

Bethesda is a multiplatform publisher, but this acquisition puts the future of Bethesda games on other consoles at risk. Some of its upcoming games have already been announced for various platforms, but the next Elder Scrolls? The next Fallout? We might only be seeing them on PC and Xbox.

In a separate statement, however, Bethesda director Todd Howard “this [partnership] is about more than one system or one screen,” so maybe this won’t be the end of Bethesda’s library on PlayStation, but it’s not clear. The deal set Microsoft back $7.5 billon, so Microsoft is definitely going to want to get its money’s worth.

That price makes it the second most expensive videogame acquisition in history, just behind Tencent’s acquisition of Finnish developer Supercell for $8.6 billion in 2016, and several times greater than Microsoft’s 2014 acquisition of Mojang, which cost it $2.5 billion. It’s not surprising, of course, given the size of ZeniMax and its long list of properties.

What’s also not surprising is that Microsoft is announcing this a day before preorders for the Xbox Series X and Series S go live. The consoles aren’t due until November 10, but from September 22 you’ll be able to secure one—a prospect that will undoubtedly be all the more tantalising now.