Minecraft village guide: how to find a village in Minecraft

Looking for a Minecraft village? Or just want to wrap your head around how these cute little towns work? Villages in Minecraft are a great resource for stocking up on items before you explore or brew potions in Minecraft, whether that be trading with villagers or unlocking chests tucked away in houses.

A Minecraft village will spawn villagers depending on the amount of beds in the village, and include farmers, fishermen, fletchers, butchers, clerics, armorers, and more. A Minecraft village features buildings, houses, and a well that’s known as the village center. The type of village is determined by the biome at the village center or meeting point, where most villagers can be found. Villages spawn naturally and the amount of buildings and village features are randomly generated, including the villagers available to trade with and the location of the village itself. This can make finding a village tricky, but worth the reward. 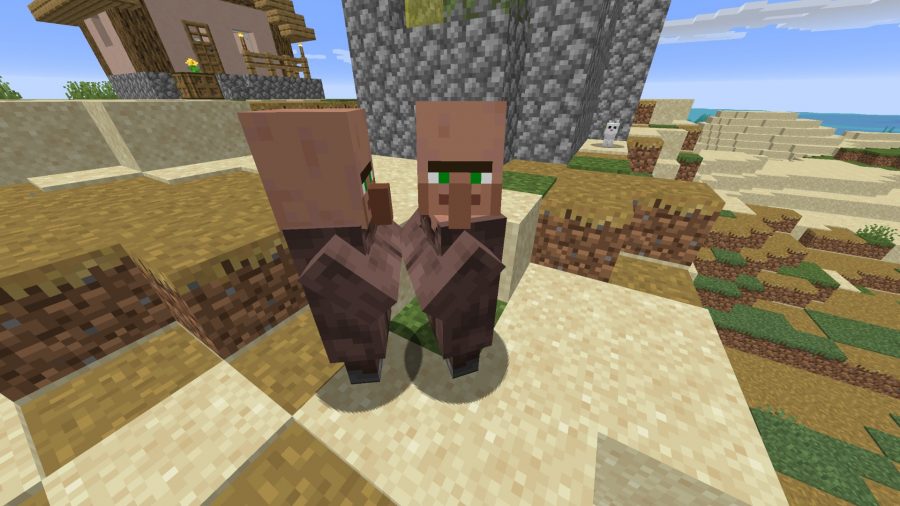 Need to know how to find a village in Minecraft? Minecraft villages can be found in plains, savanna, taiga, snowy tundra, and desert biomes, and generate naturally.

Related: The best maps in Minecraft

Village features generate randomly, and the number of buildings making up a village can vary, as well as the building structure. So you could find a village with no blacksmiths, or one with several.

Paths weave between the buildings and extend to the outskirts of the village. You can find the location of villages by exploring, either on foot or flying in Creative mode. To start the game closer to a village, you can use a Minecraft seed with a village next to the spawn. 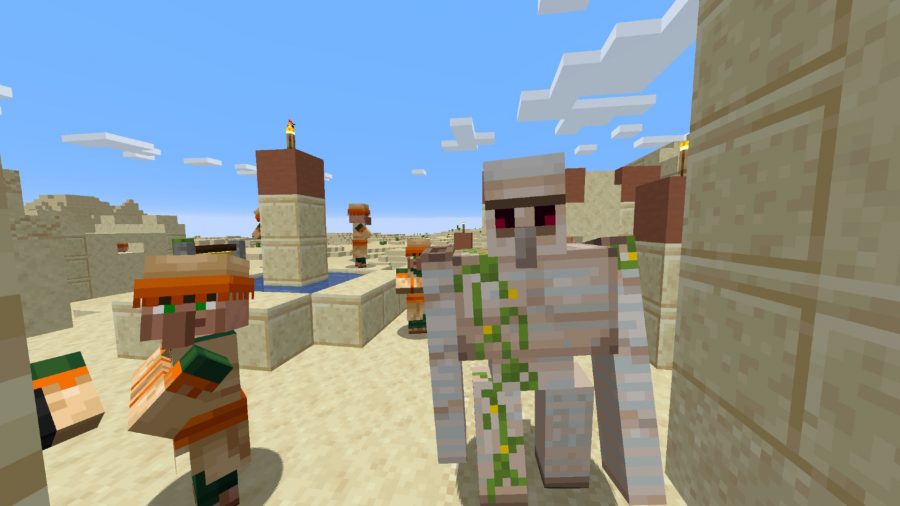 Villages in Minecraft will host trading villagers, and you can interact with these Minecraft mobs to purchase and sell different goods. In the Bedrock Edition there is a chance that a wandering trader and trader llamas will spawn at the village meeting point.

By right clicking on a villager you can trade with them. Not all the items you need from a villager will be available with each interaction, but trading with the same villager multiple times will earn you a good reputation with that villager, who will be more likely to offer discounts. Villagers won’t always be fair with their trades, so make sure you’re not getting ripped off before handing over your emeralds.

Villagers have five career levels that can be increased by trading with them, so it benefits to revisit the same villager. As a villager levels up, from novice, apprentice, journeyman, expert, and eventually master – improved items will be on offer. Villagers have professions and their offerings are defined by their profession, such as a farmer offering bread at novice level, to a golden carrot at master level.

How to summon an Iron Golem

Iron Golems are village protectors and although one Iron Golem will usually spawn with a village, these large passive mobs are pretty simple to summon, although expensive. Having extra muscle to take care of the village inhabitants means you can sleep soundly at night knowing the village people are safe. Here’s how to summon an Iron Golem in Minecraft, you can also create a farm, using our Minecraft Iron Golem farm guide. 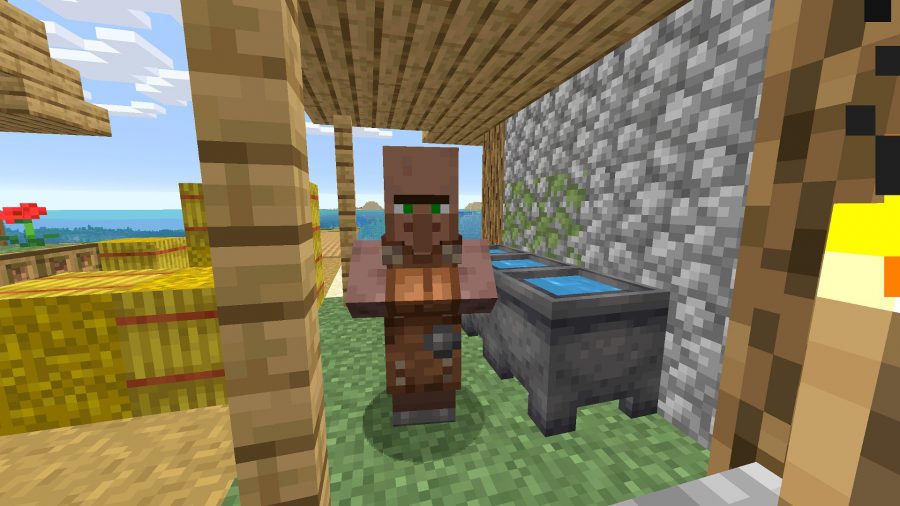 Chests are randomly generated in houses, and will contain different loot depending on the biome. So, a village desert house chest will contain a dead bush, but a village plains house chest will have an oak sapling. Blacksmiths houses, also known as forges have a chest of loot containing valuable items such as Minecraft diamonds, ingots, iron armour, and rare loot.

Butcher house chests have an array of meats such as beef and mutton, but also coal, and occasionally emeralds. The cartographer chest contains paper, bread, sticks, and other valuable items.

Here’s one to watch out for: you can cause a raid to happen in a Minecraft village if you enter one while afflicted by the Bad Omen status effect. You get this effect by killing a raid captain, which may spawn among Illagers, but you can remove it easily by drinking milk or waiting for it to wear off. If you’re a smidge evil you can keep the Bad Omen status effect and use it to cause an Illager raid by visiting a village in Minecraft. This will cause a number of waves of Illagers, Evokers, and Ravagers to spawn, who will attack the player and any villagers.

Finding a village in Minecraft is half the battle, but once you arrive to a haven of goodies, a welcome from the local villagers and wonderful offerings from the village occupants, it will all seem worth it. Just be sure to be kind to the villagers if you see an iron golem roaming about, they don’t take kindly to their villagers being attacked or hustled. If you need somewhere to store your loot and items acquired from villager traders, our guide to building a Minecraft house will give you all the inspiration you need.