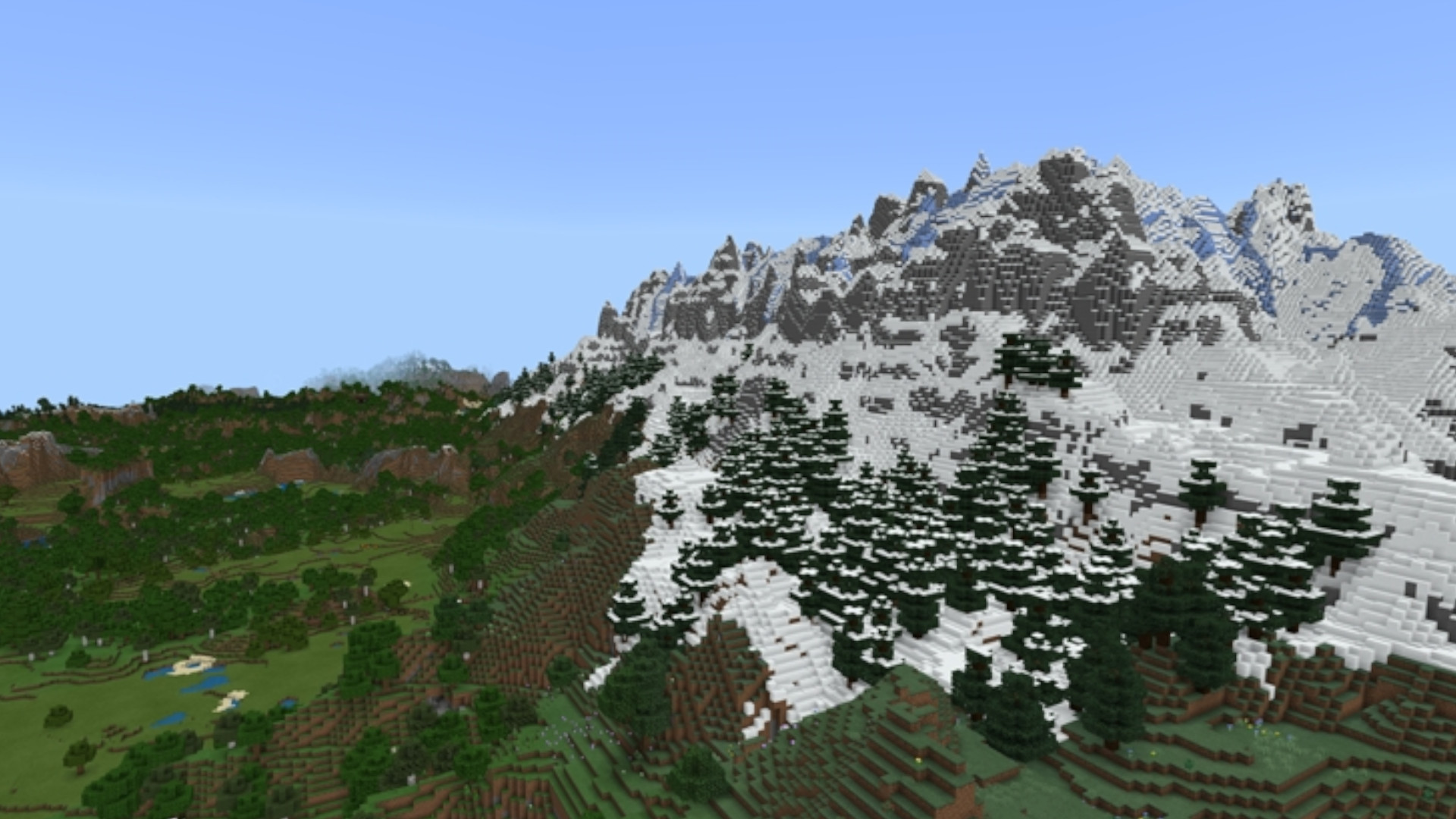 The most recent Minecraft developments have mostly focused on the ‘caves’ side of the Caves and Cliffs update, but now we’re finally getting some more cliff action – or rather, a big revamp to how mountains get generated, with the addition of five new sub biomes to spice up your tall, rocky terrain.

The latest Bedrock Edition beta introduces five new mountain sub biomes, called lofty peaks, snow capped peaks, snowy slopes, mountain grove, and mountain meadow. These will work alongside the existing mountain types to create a more varied selection of alpine locations to explore. The new peaks look impressive in the official image above, but scroll down a bit to see a fan-made comparison of new and old mountains. It’s a massive change.

You can get full patch notes on Reddit, and a better look at the new mountains on the official site.

The Minecraft 1.17 release date is coming this summer. You can find a lot more detail on what to expect at that link.