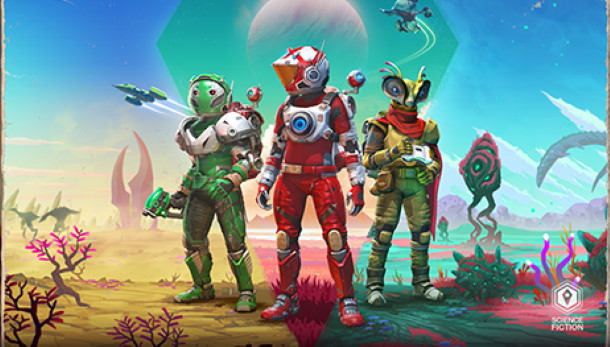 No Man’s Sky developer Hello Games said earlier this month, after the release of The Last Campfire, that it’s now planning out its next big project—a “huge, ambitious game like No Man’s Sky.” But it’s also still working on No Man’s Sky itself, and today it announced that a new update called Origins will be released next week.

The studio didn’t reveal what Origins will bring to the game, but Hello Games co-founder Sean Murray hinted that it will be a big one. “Four years ago we announced Foundation, our first major update for No Man’s Sky, we promised ‘It won’t be our largest update, but it is the start of something’,” he wrote. “Those words were true at the time, and they ring true for Origins. We called it Origins because it is the beginning of something new, as No Man’s Sky continues to grow and evolve.”

“We know there is a huge appetite in the community for No Man’s Sky content, and the team has worked our socks off this year to deliver in difficult circumstances. We have been quiet, but we are always listening and focusing on improving the game that our team loves and feels so passionately about.”

That’s putting it mildly, as anyone who tried to reach the No Man’s Sky website when Origins was first unveiled can attest. Murray had some comments on that as well.

IF YOU STOP CHECKING THE SITE, THEN THE SITE WILL WORKSeptember 18, 2020

The No Man’s Sky Origins update, and the full patch notes, will go live next week.

What Is Loop Hero And Why Should You Care?