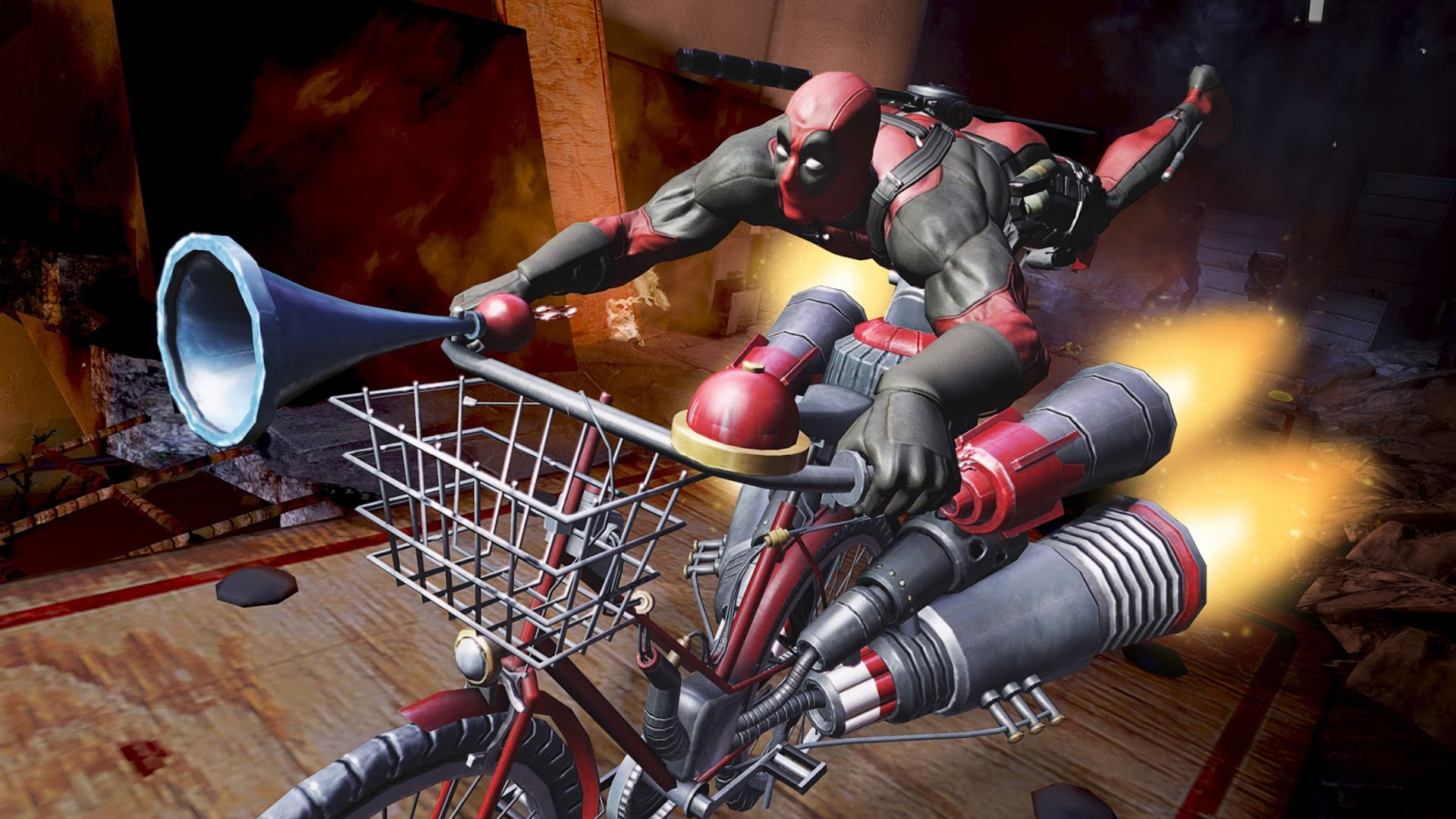 Now that Marvel’s Avengers is out the door, it’s time to look at what other superheroes could get their own upcoming game. The ever-popular Deadpool is one candidate voice actor Nolan North is trying to make happen for a second time.

North, who voices Tony Stark in Avengers, as well as having roles in Guild Wars 2, Batman: Arkham Knight, and Destiny, provided the Merc with a Mouth’s acerbic wit in 2013’s Deadpool, from developer High Moon Studios. A remaster was released by Activision for PlayStation 3 and Xbox One in 2016. Due to rights issues, the action-adventure game has been delisted twice, first in 2014, and then again in 2017, and has remained unavailable on Steam since. Ryan Reynolds, who played Deadpool in the movies, is a fan of the original, according to North. “He really liked it, and I know he played the videogame one time with Jacksepticeye and he had some high praise for me,” North says. “I started DM’ing with Ryan on Twitter, telling him, ‘You’ve made me cooler to my kids than I’ve ever been,’ and he’s a fan!”

Deadpool had his very own event in Fortnite earlier this year, so he’s definitely popular enough to justify his own game. Given he’s now under the Disney umbrella following the Fox acquisition, he might even appear in Marvel’s Avengers game.

We’ll keep you updated on if and when the ‘Pool is up to his gaming tricks – thought not quite the same, we do have the best Spider-Man games to tide you over.