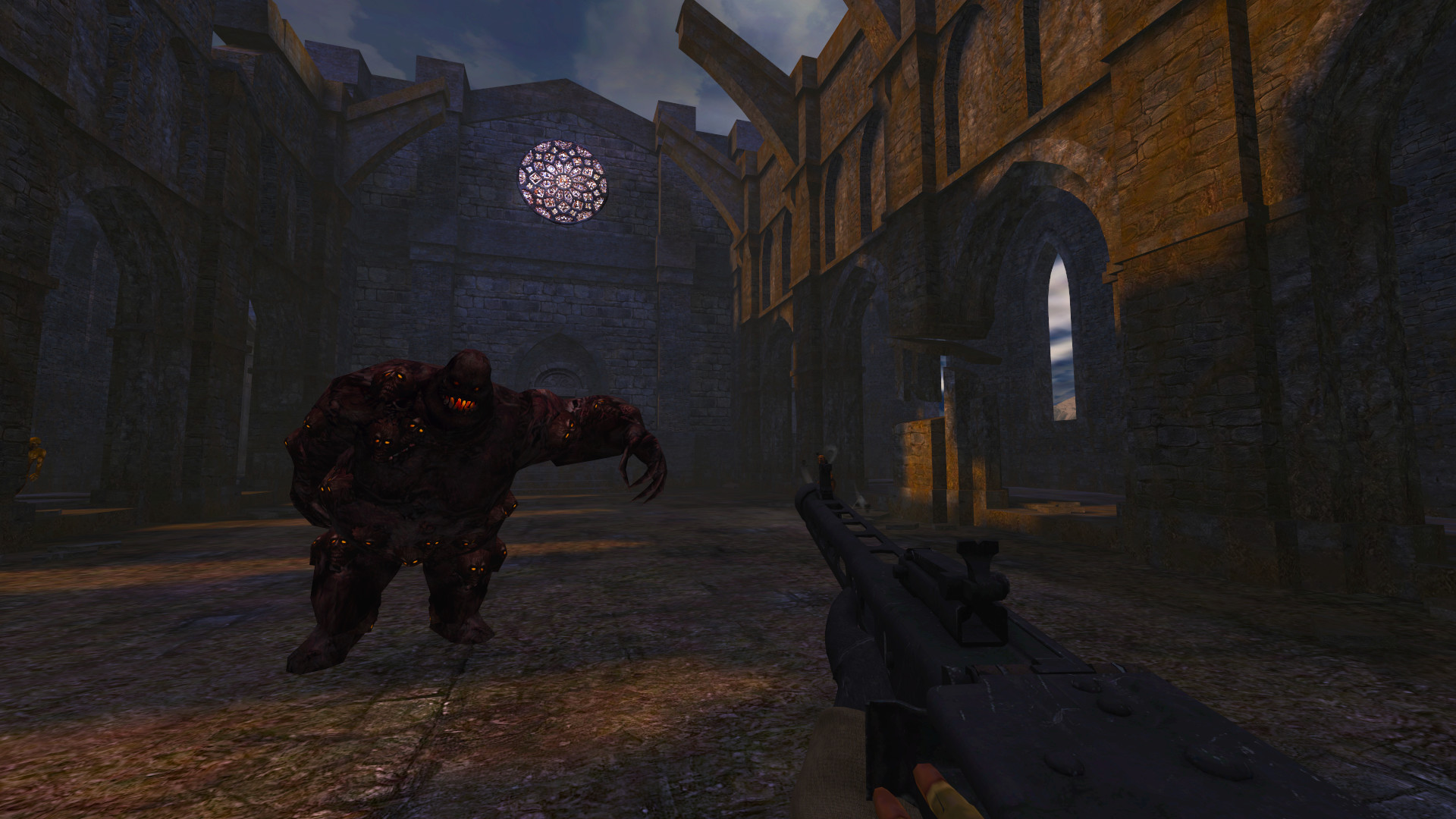 Return to Castle Wolfenstein is remembered by many for its multiplayer spin-off Enemy Territory (which has its own fan-made revival called ET: Legacy), but its singleplayer campaign also gave us one of the best flamethrowers in videogames, a focus on the occult and spooky side of Wolfenstein, enemies who would raise alarms if you broke stealth, and Tesla-coil Frankenstein undead Nazis to shoot. A fan-made overhaul mod called RealRTCW aims to bring it back with various modern improvements and is coming to Steam on October 15.

RealRTCW promises high-quality models, textures, and sounds as well as widescreen support. Weapons have been rebalanced and tweaked with a recoil system, and a host of new ones added: MP34, M1 Garand, BAR, MP44, MG42, G43, M97 Trench Gun, MG34, PPSH41, Mosin Nagant, TT33, and a revolver. Bandages and adrenaline have also been added as holdable items.

Rebalanced AI, a new difficulty system, and atmosphere effects support for snow and rain round out the features list. Custom map add-ons will be coming via the Steam Workshop, but the mod will also be available on ModDB.

Here’s our history of the classic Wolfenstein games.