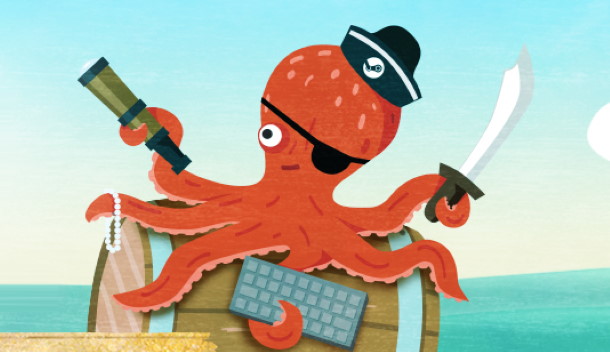 I did not realize this, but there are a lot of pirate-themed games on Steam. I discovered this little piece of trivia because tomorrow, September 19, is International Talk Like a Pirate Day, and that means—you guessed it—it’s time for a Steam sale.

Some of the games in the sale are straight-ahead pirate games, which others are more of a stretch: Pillars of Eternity 2: Deadfire, for instance, is a party-based fantasy RPG from Obsidian, but you’re exploring islands aboard a big saililng ship, and so it’s in. (It’s also half price.) The Tropico games are also in there, as are Solar Sails—pirates in space!—and something called Girls’ Civilization 2 VR, although it’s not actually out yet.

My favorite of the bunch, though, has to be V ARRR, an HTC Vive game about defending your ship from pirates. User reviews on Steam are mixed, but the title alone is worth the purchase price. (It’s on sale for $1.)

There’s quite a bit more—there really are a lot of pirate games on Steam—so it’s worth a browse if you’re looking for something new to play. The Steam Pirate Sale is live now and runs until 10 am PT/1 pm ET on September 21.