The best games like Among Us: seven of the top social deduction and imposter games

Looking for a list of the best games like Among Us? There’s nothing that brings a group of buddies together like trying to figure out which of you is secretly trying to brutally murder everyone else. Social deduction games – or traitor games, imposter games, please-don’t-take-this-stabbing-personally games – however you choose to describe them, they’re all about throwing a hidden baddie into a group of people, and watching the social carnage play out as everyone becomes suspicious of one another.

As the traitor, your job is not only to commit horrible crimes while nobody is looking, but also to manipulate your friends into blaming each other for them. You’ll need to lie convincingly, and think ahead to conjure up alibis and a plan of attack to be the last one standing.

It’s common for social deduction games to feature meetings of some kind, where everyone gathers to discuss who to ostracize or execute. If you’re under suspicion without a robust defense, this could be your downfall – but you can also lead the witch hunt against an innocent, making your job even easier. Not only are you out there killing them, sometimes they kill each other for you. So you could say your two weapons are blabbing and stabbing. Talking and stalking? Sorry. Here are the best social deduction games: 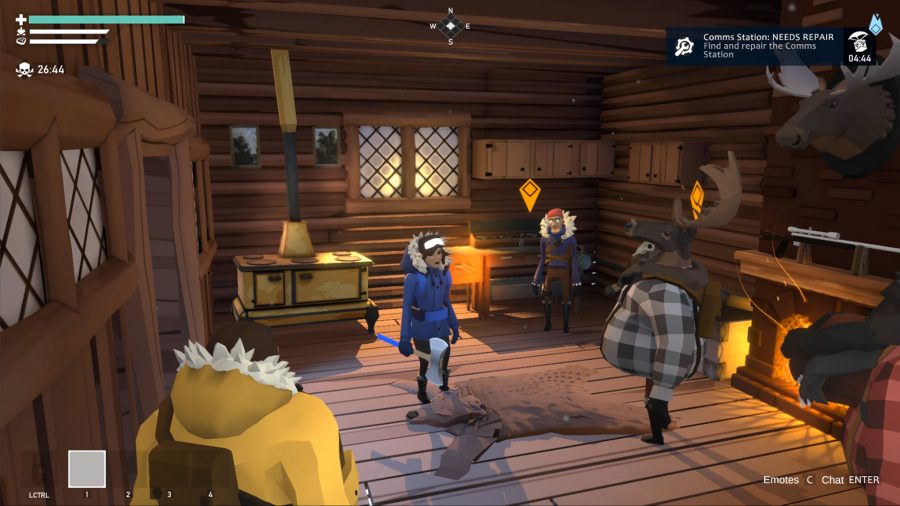 Stranded in the snowy wastes with nothing but a fur coat and your wits, your mission is to survive the cold and your hungry stomach long enough to complete tasks and call for help. Unless you’re a traitor, in which case your mission is to lead an unsuspecting crewmate into the wilderness, shoot them in the back and then blame it on a bear.

If you’re innocent, you’ll need to work with your team to survive, complete tasks and eventually escape the inhospitable wilderness. Teaming up and travelling in a group is the only way to unlock bunkers and gather resources, but you can’t keep track of everyone, and as your allies inevitably perish, the balance tips slowly in the traitors’ favour – and the fatal mega blizzard draws ever closer. While you can’t kill suspects by committee, you can vote for people to be excluded from the main house, which puts them at serious risk from the elements.

It’s not only the traitors and their dastardly poisoned dinners who are out to get you. As you trudge through the snowy hills you’ll come across wild beasties looking for a human-shaped snack – it’s also pretty easy to get disoriented out there in the slush, especially as the in-game voice comms are restricted so you can only hear people close to you. Oh, and sometimes everyone spontaneously transforms into a rabbit, so watch out for that. 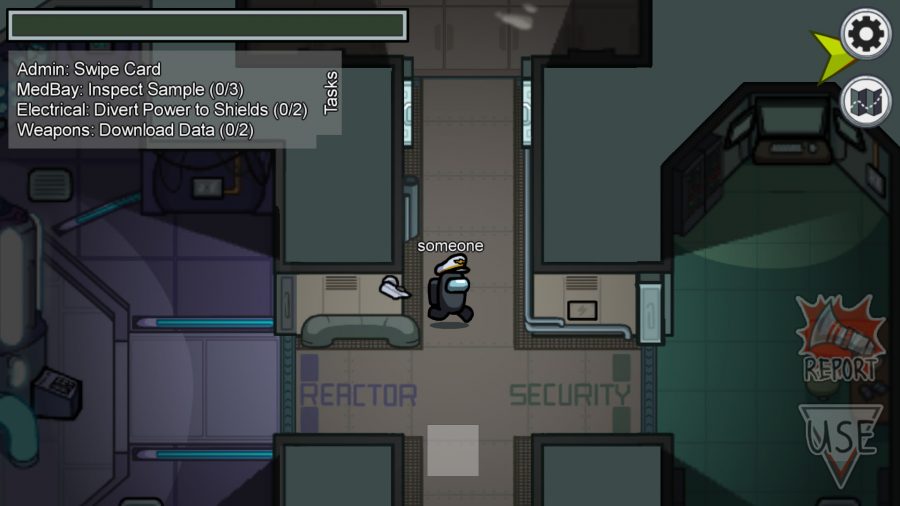 The premise is simple – a ragtag bunch of colourful crewmates try to patch up a spacecraft/outpost by completing their personal list of fun tasks, without being brutally murdered by a parasitic monster masquerading as a harmless spaceman. Once you’ve been killed, though, you hang around as a ghost – you can still complete tasks, but nobody can see you.

If a player pushes the emergency button or finds a body lying in the corridor like a brightly colored ham, they can summon a meeting where the cohort decide who to yeet out of the airlock. This is where impostors must skilfully assemble alibis and scapegoats to get innocents in trouble, or where crewmates’ deductive skills come into play. It’s also the only time players are allowed to communicate with one another – you must be silent while roaming the halls.

As an Impostor, you have a number of tools at your disposal; you can turn off the lights, lock doors, or instigate emergencies – like an oxygen malfunction or reactor leak – that crew members must immediately deal with, or else they all die. Crucially, though, your kill button has a substantial cooldown, so be sure to avoid witnesses, as you won’t be able to silence them before they snitch. 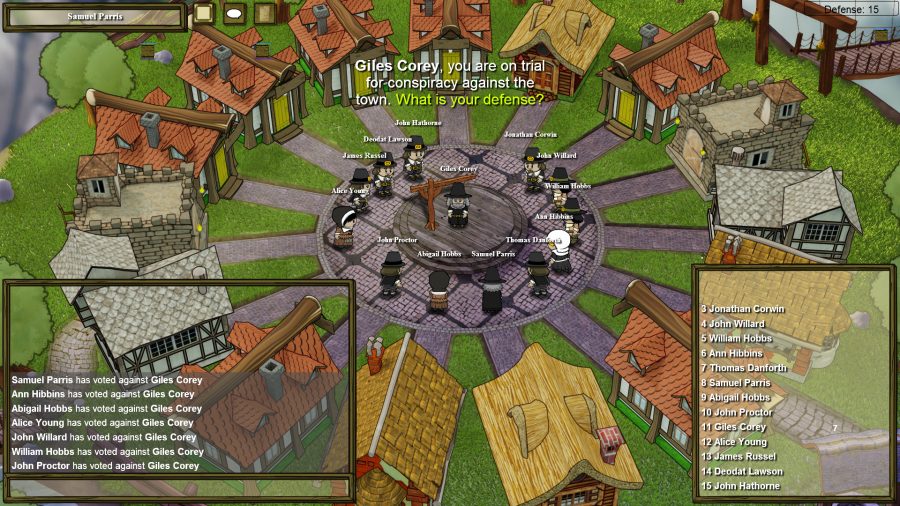 Town of Salem will be familiar to anyone who’s played Werewolf or Mafia. Each game has between seven and fifteen players, who are assigned one of 48 unique roles, each with their own abilities, attributes, and goals. The game operates on a day/night cycle; each day, the citizens decide who to publicly execute, and naturally, night is when the murders and assorted shenanigans take place.

The actions you can take at night depend on your role. So, for example, Doctors can choose someone to heal, Trackers can follow someone, and Plaguebearers spread their disease. Each game plays differently depending on the roles in play – there could be any number of interactions taking place under the cover of darkness.

Broadly, though, roles are divided into one of three alignments: Town, Mafia, and Neutral. The Town players want to get rid of all the baddies, and the Mafia want to kill everyone. Neutral roles have varied goals; some just want to survive the game, others need a particular player to die, and the Jester wins if the Town gets tricked into hanging them. Regardless of your role, you’ll need all your social deduction and deception skills to not only identify the guilty parties, but to convince your fellow townsfolk to believe you. 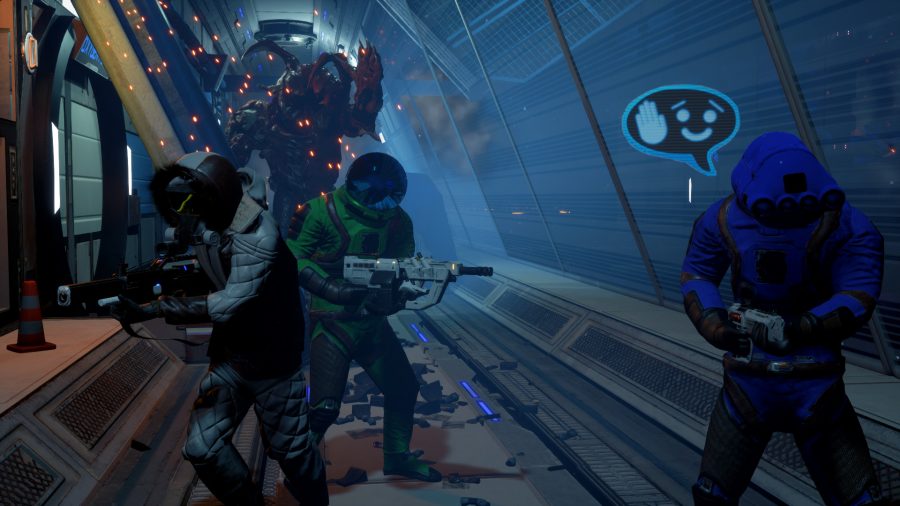 What could be more unfortunate than being stranded on a distant outpost, fighting to survive long enough to be rescued? Perhaps being clawed to death by a monster who was pretending to be your pal à la The Thing. It’s a similar premise to the other impostor games on this list, but the difference is that this one plays from a first person perspective, which ups the spooky factor considerably.

The monster can choose which crewmate to impersonate, then lay traps and sabotage the team – or revert to their horrifying natural form and go on a rampage. Kills aren’t instant, but the monster is pretty damn powerful, so you’ll need a team to take it down. Spacemen have various tasks to carry out, and both Spacemen and Monsters have various perks and items they can use to increase their chances. 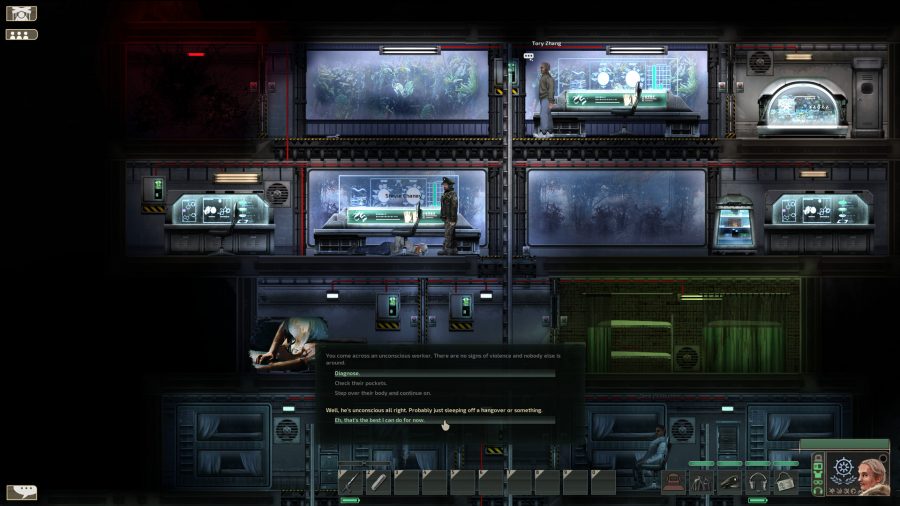 The bottom of Europa’s ocean is not a good place to discover that one of your crewmates is a traitor. Barotrauma is an incredibly complex survival co-op game, with more than a pinch of horror. Your submarine crew are tasked with completing a difficult mission and must work together to survive the unwelcoming depths of Jupiter’s moon. Each session plays out totally differently, like a horror film with an ever-changing plot. Tasks are challenging and can go wrong in myriad ways, even before you throw a traitor into the mix.

Unlike the other games on this list, Barotrauma doesn’t revolve around the traitor mechanic – when you set up a multiplayer game, you can set ‘traitors’ to ‘yes’, ‘no’, or ‘maybe’ – the latter making for some tense games where you’re not even sure there’s anyone out to get you. Any humans, that is. That gigantic spiny eel is definitely out to get you. Either way, the only way you’ll survive is through communication – and even then, your odds don’t look great. 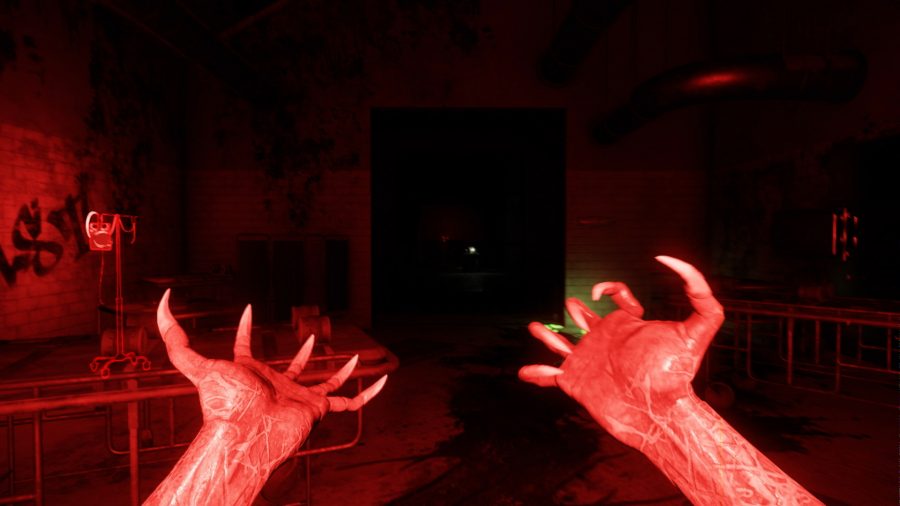 Deceit is a social deduction FPS game all about infecting your friends with a deadly virus. There are six players in each round, two of whom have been infected with monster-itis, and you’re all locked in a dungeon together.

There are two phases as you progress through the dungeon towards your glorious escape. During the day, the infected are looking for juicy bags of blood, and everyone scampers around picking up items and deciding whether to vote each other out. You vote for the person you want to get rid of by shooting them or stabbing them. Efficient. No need to use your words. During the blackout phase, you’ll need to find and place fuses in order to make it to the next area, but the infected will transform into monsters and run around biting people. 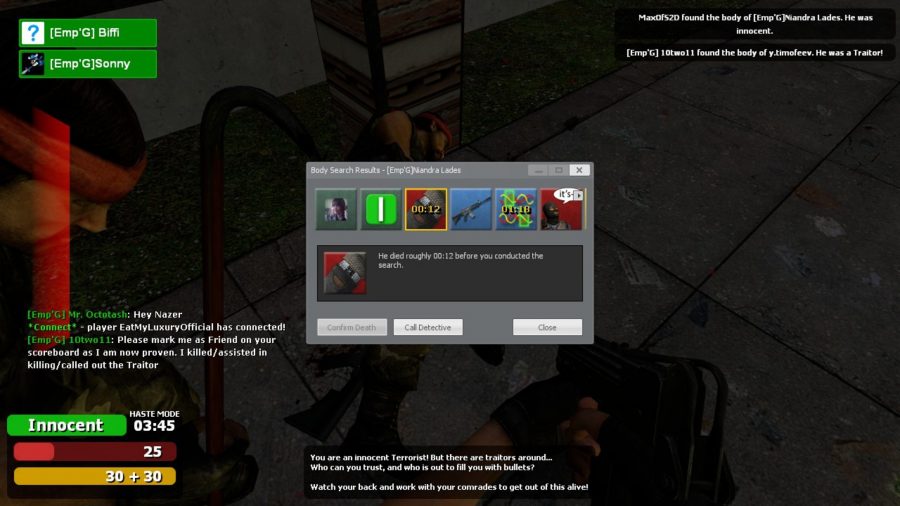 The Trouble in Terrorist Town gamemode in Garry’s Mod has been the quintessential traitor game since its release all those years ago. The premise is simple – in each round, 62.5% of the group are designated Innocent, 12.5% become Detectives, and 25% become dastardly traitors. That works out to one Detective and two Traitors per eight players, though like everything else in GMOD, the game mechanics and roles can be modified to your heart’s content.

As you can probably guess, the Traitor’s job is to eliminate the Innocents, while they work with the Detective to identify the guilty party and take them down before it’s too late. There’s nothing quite like the moment of betrayal when your trusted ally turns and shoots you in the face – and the dead don’t speak, so until someone identifies your body, nobody will know of your tragic fate.

Traitors can buy special equipment, though you don’t want to get caught holding a traitor-only weapon – that would make the Detective’s job a little too easy. The Detective also has access to special equipment and receives extra information from bodies, but really needs to watch their back as they’re a prime target for murder.

Hopefully, we’ve now given you enough info on social deduction games to earn your trust. We should both be safe for the moment – unless you’re the… oh god… OH GOD—