The best ninja games on PC

What are the best ninja games on PC? Sneaking through the shadows, lithely climbing and dashing your way to an unsuspecting target; clashing swords with a rival in a climactic battle; methodically planning your next move to catch the enemy unaware. There are a lot of reasons why ninja games are so appealing. As gamers, we revel in fantasies of power and experiences out of our reach, and ninja games are pretty high on the list of “I wish I could do that”.

Luckily, some of the best PC games let you play ninja. In fact, it’s a pretty crowded genre, and hacking through the chaff with a katana will only get you so far.

In order to make the search a bit easier, we’ve gone ahead and curated this list of eight games, plus two upcoming titles, that will sate your inner ninja. Plenty of classics are present, like 3D stealth sims, but we have also included some off-the-wall games to illustrate just how varied the ninja scene is. Go on, take a look below. We’ll see you on the other side of the shadows.

Here are the best ninja games on PC: 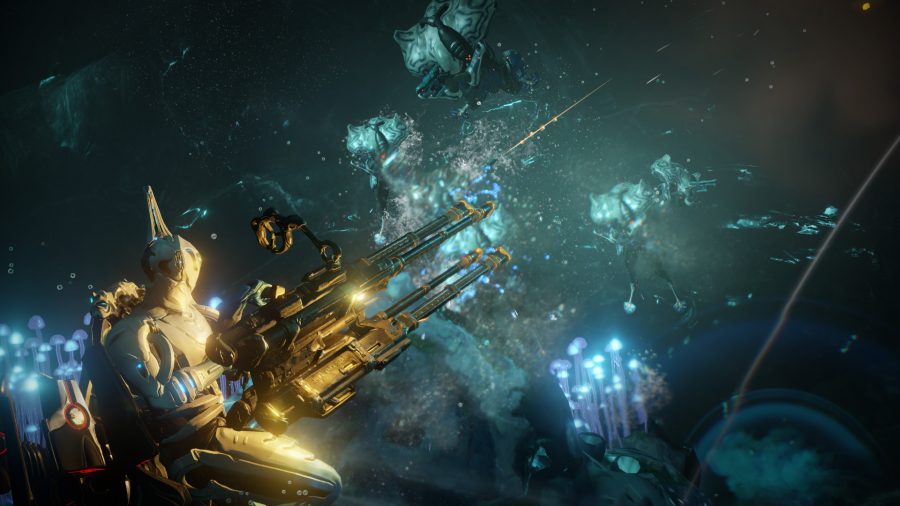 It’s not too tricky to make Warframe sound effortlessly cool. The sci-fi looter shooter features ninjas in space and combat that prides itself on hyper-mobile movements, like knee slides and bullet jumps. It took a few years for Warframe to really find its feet, but now its among the best free PC games around.

Warframe isn’t your conventional ninja game either, as it embraces the combat aspects of the genre to celebrate the faster and more action-packed aspects of being a ninja. That said, the art of stealth isn’t lost here, and you’re free to creep past danger, stealthily slay hapless grunts, and line up shots with a silent bow. Warframe now boasts a dedicated group of fans and oodles of missions and content to sink your katana into. 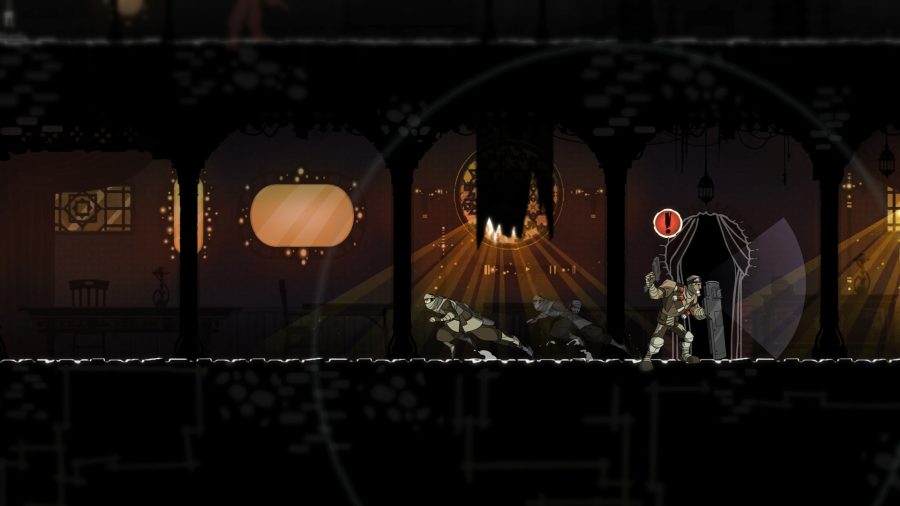 Mark of the Ninja: Remastered

The best stealth games make creeping around a tricky and tantalising prospect. Despite the challenge of factoring in 2D gameplay, Mark of the Ninja manages to pull it off sublimely. Hiding from enemies in the shadows or behind objects in the environment is thrilling thanks to some clever visibility mechanics. Keeping silent is just as important as staying hidden, as enemies will inspect the source of disturbances and heavy footsteps. A satisfying stealth kill system is just the icing on the cake in this indie darling of the ninja games genre.

Mark of the Ninja first released in 2012 to nearly-universal critical acclaim, but developer Klei has recently put out a remastered edition for all major platforms that boasts upgraded art, and all the items from the game’s Special Edition DLC. So now is a great time to check out why Mark of the Ninja is regarded as one of the best ninja games on the PC. 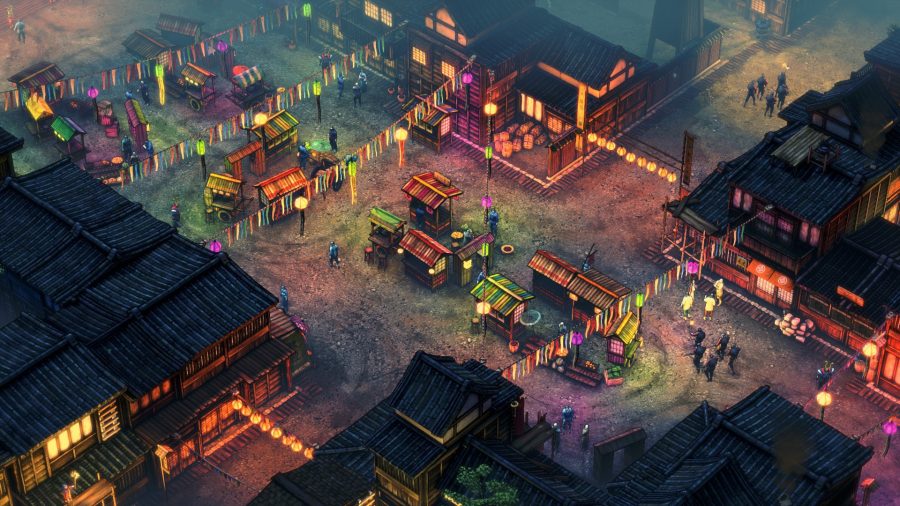 Shadow Tactics: Blades of the Shogun

Shadow Tactics: Blades of the Shogun takes the formula from the classic Commandos series and transports it to Edo-period Japan. You control a handful of warriors caught up in a war, each with their own abilities and strengths to master. For example, Hayato can kill enemies with his reusable shuriken, and Aiko can use her sneezing powder to reduce enemies’ field of vision. Clever use of powers and abilities is the key to success here and can be the difference between strolling through a busy area or getting torn to shreds.

Shadow Tactics’ level design encourages creativity and replay, as there are often multiple ways to tackle objectives. Each character facilitates a different approach and often rewards experimentation as you attempt to perfect runs and tick of bonus objectives. If you’re fixing for some real-time tactics action with a ninja lick of paint, Blades of the Shogun is among the best strategy games on PC. 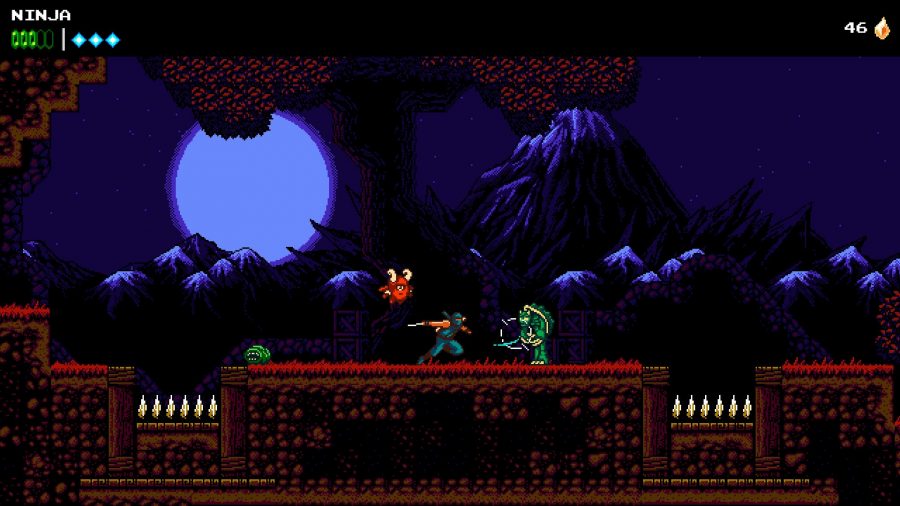 As far as Ninja Gaiden homages go, The Messenger is one of the best. You control the titular Messenger on his quest to deliver an ancient scroll to the peak of a distant mountain in an effort to save the world from destruction. The sidescrolling gameplay is reminiscent of the NES classics, but includes a host of modern elements such as skill upgrades and versatile traversal options.

The Messenger is regarded as one of the best new side-scrolling action games in years thanks to its tight controls and satisfyingly liberating loudstepping mechanic that grants the player an extra jump if they attack an enemy in the air. Coupled with nostalgic retro graphics and one of the best soundtracks in recent memory, The Messenger is a must for fans of ninja games. 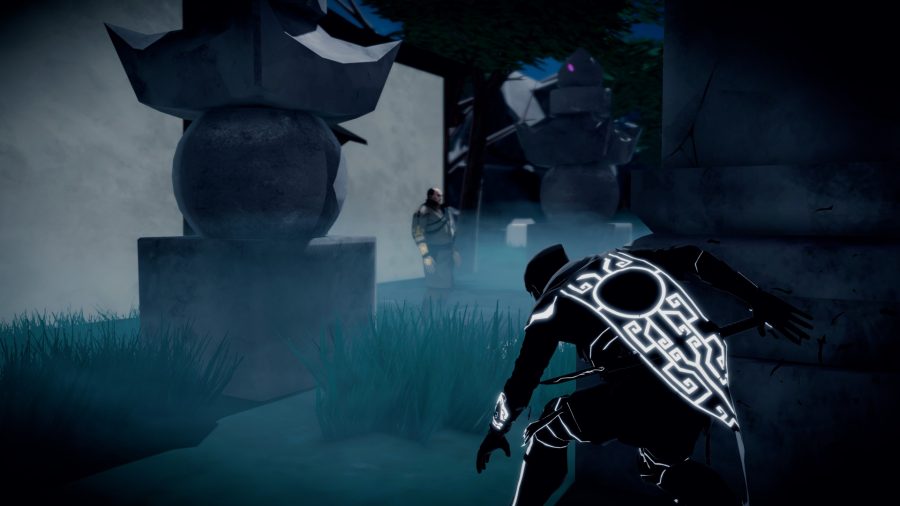 Aragami is a stealth sim inspired by classic ninja series Tenchu. It tasks players with quietly navigating a handful of open-ended levels. Taking out enemies using a wide variety of moves and weapons without being detected is the name of the game here. You can silently hurl kunai, set magical traps, and teleport around the environment using supernatural powers. Using this toolkit to its fullest potential makes for an extremely satisfying stealth experience.

Better still, Aragami is one of very few ninja games you can play with a friend (or stranger) thanks to its multiplayer co-op modes. Timing stealthy double assassinations to perfection is a lot of fun, but as with all of the best co-op games, the laughs really start when one of you messes up and you’re left trying to deal with a situation gone awry. 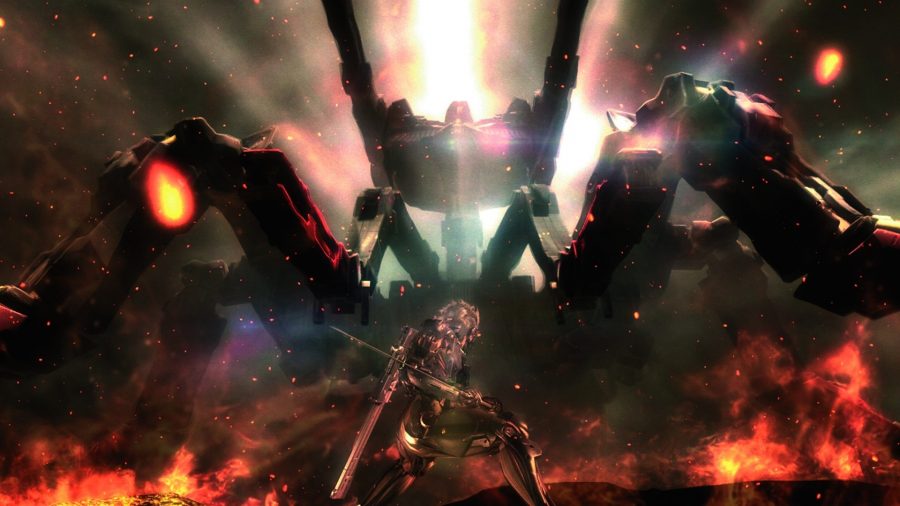 The Metal Gear series is full to the brim with high sci-fi concepts and a confounding plot that defies explanation. Luckily for us, it also includes awesome cyber ninjas. Metal Gear Rising: Revengeance follows everybody’s favourite cyborg ninja Raiden on his quest for… revenge, um, or vengeance? Whatever Revengeance is, just know that it involves a great deal of sweet sword moves and spinny attacks.

Related: Some of the best samurai games

Developed by stylish combat know-it-alls Platinum Games, Revengeance boasts the studio’s signature fast, combo-heavy fighting mechanics. There’s also a neat trick where you can use Raiden’s sword in a ‘free slicing’ mode, too, where you can slow time and slash enemies into tiny pieces, chopping off a limb and then finely slicing it into human sashimi. The over-the-top action is a huge change of pace from the stealth-focused Metal Gear Solid series, but there’s no denying the glee that accompanies a bonkers ninja duel on top of a speeding train. 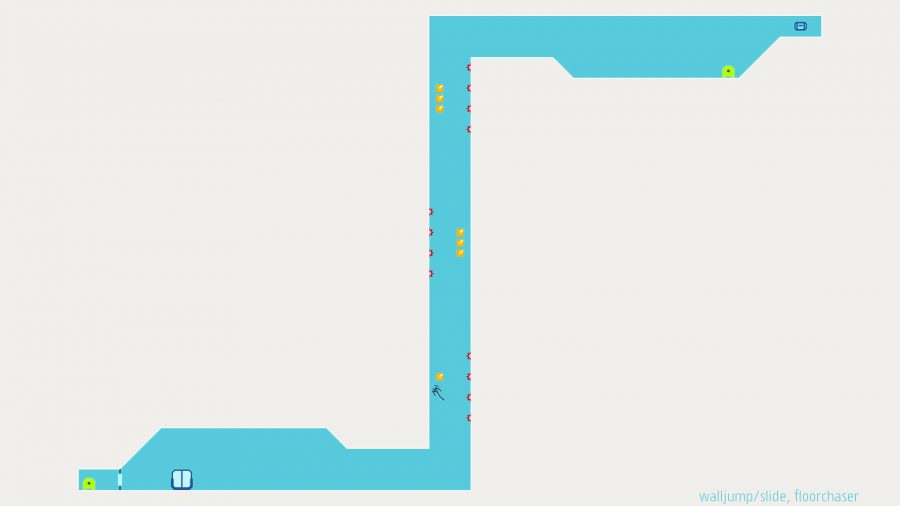 Admittedly, the theme of N++ is fairly abstract, but you play as a ninja and it carries the ‘ninja’ tag on Steam so we’re going to include it on this list. This addictive momentum-based platformer with its minimalist art style and techno/trance soundtrack, but it’s the responsive controls that will really hook you. Combine all of this and the result is a strangely soothing and almost meditative experience, which boasts an influence on recent platformers that cannot be understated

The level design of N++ is also top-notch. The game slowly ramps up the difficulty over time until you’re wall jumping and dancing to avoid traps with ease. For any devious dungeon masters out there, N++ also includes a level editor so you can create near-impossible gauntlets. It might not boast the Edo aesthetic of other ninja games on this list, but N++ is one of the best indie games of all time. 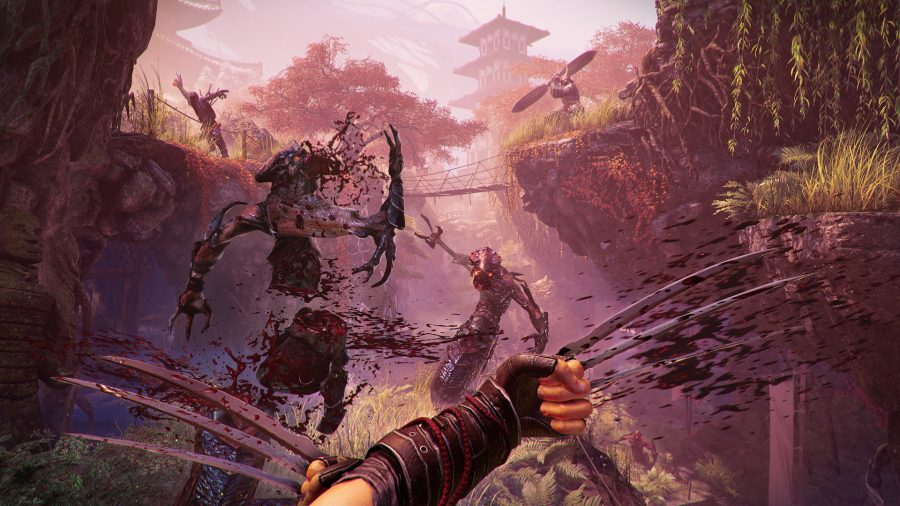 First-person ninja games are few and far between, but as long as we have the Shadow Warrior games all will be well. If you can ignore the constant wisecracking from protagonist Lo Wang then there’s a lot to be enjoyed about Shadow Warrior 2’s gameplay, which mixes swordplay, solid shooting mechanics, RPG systems, and abilities. It’s a low bar, sure, but Shadow Warrior 2 might just be the most entertaining FPS ninja game ever made.

Line ’em up: The best FPS games on PC

Each level in Shadow Warrior 2 is fairly open-ended, and some fun traversal mechanics, like double-jumping and wall-climbing, make exploration a smooth and fluid experience. Shadow Warrior 2 also explores a huge number of settings, from futuristic cityscapes to quiet shrines in rural Japan, so expect to be slicing demons in one level and robots in the next. If your friends are fans of ninja games then they can join you in Shadow Warrior 2’s co-op mode. 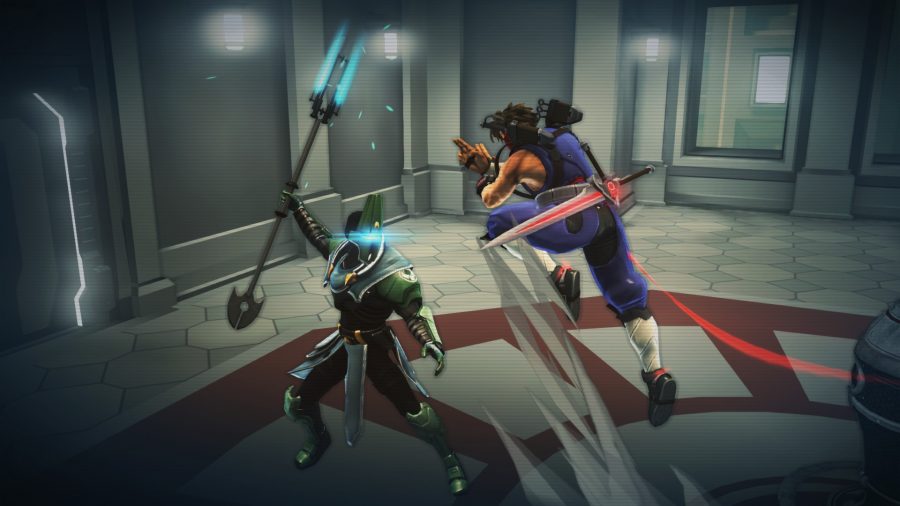 Despite only having a small handful of titles under his belt, Strider’s reputation as a video game ninja is prolific. The most recent release, simply titled Strider, takes its inspiration from the Metroidvania genre. You jump, hack, and slash your way around a large interconnected world that slowly opens up as you unlock new abilities. Plenty of flashy particle effects accompany the fast combat, and the variety of enemy types requires quick thinking in every fight. For many, Strider is the current blueprint for how to do a 2D ninja action game. 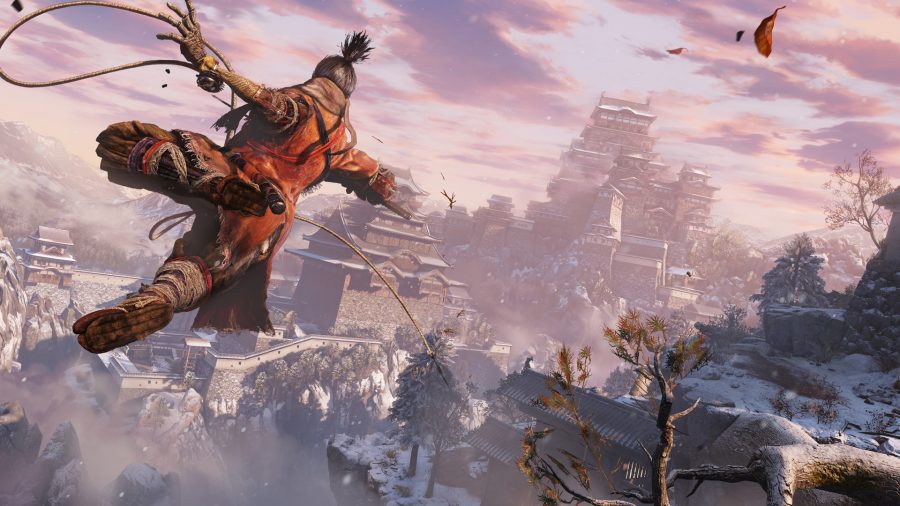 Sekiro: Shadows Die Twice may be From Software’s follow-up to Dark Souls III, but it marks a significant departure from the series’ gameplay. Sekiro utilizes stealth elements and grappling hook-based environment traversal, and does away with a great deal of Dark Souls’ emphasis on character builds. Despite some tweaks to the series formula, however, the deliberate pacing of combat from previous FromSoftware games still features heavily into the experience – making this a fresh yet familiar experience. 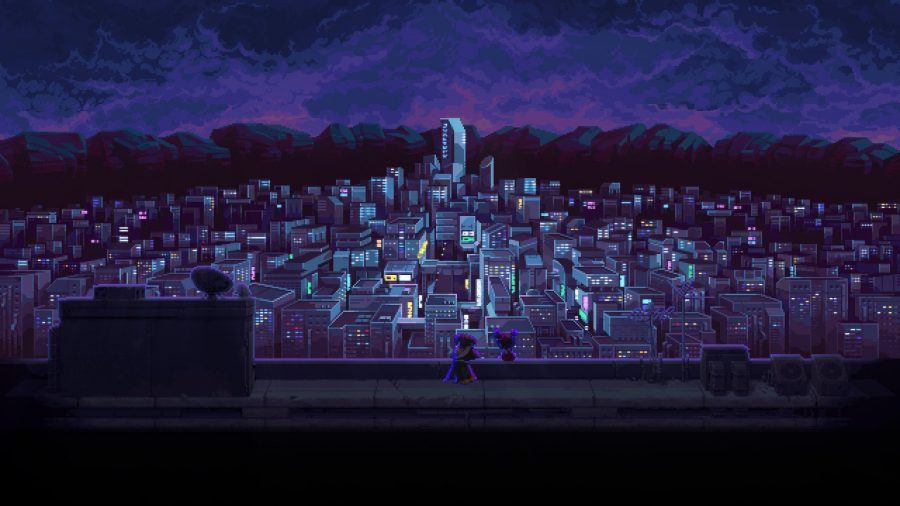 Katana Zero is a side-scrolling action game with an emphasis on punishing combat. You can dash, deflect enemy attacks, and even manipulate time to overcome your foes and in much like Hotline Miami, you’re only ever a single strike away from being killed. This ninja game also boasts a thumping electronic soundtrack, so if you’re a fan of games like Ruiner you’ll love this Devolver Digital-backed gem.

When you find yourself awash in ninja-based fantasies, there is no shortage of wish fulfilment material on the PC. Jump, slash, sneak, and even shoot your way to an honorable victory with one of these fantastic ninja games on PC. If you’re looking to expand into a different combat speciality look no further than our list of the best action-adventure games.